Register or Login
Cookie preferences
This website uses cookies, which are necessary for the technical operation of the website and are always set. Other cookies, which increase the comfort when using this website, are used for direct advertising or to facilitate interaction with other websites and social networks, are only set with your consent.
Configuration
Technically required
These cookies are necessary for the basic functions of the shop.
Allow all cookies
CSRF token
Cookie preferences
Currency change
Customer-specific caching
Decline all cookies
Individual prices
PayPal payments
Selected shop
Session
Comfort functions
These cookies are used to make the shopping experience even more appealing, for example for the recognition of the visitor.
Note
Statistics & Tracking
Affiliate program
Track device being used
Language
Categories
Information 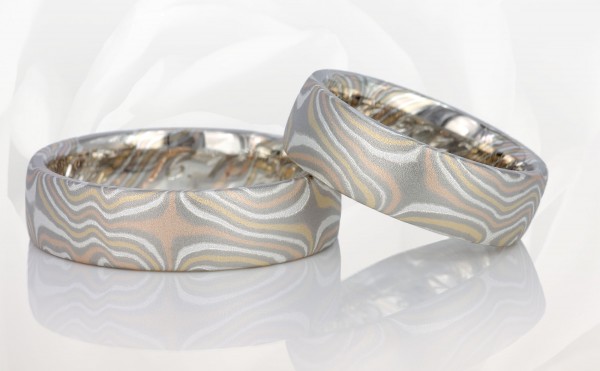 The custom of wearing a wedding ring has been handed down from ancient times. Both the Egyptians and in the ancient Roman Empire, wives wore a ring, which was considered a sign of commitment. The wedding rings, also known as wedding rings, are given to each other by name and meaning during the wedding ceremony. In the course of time up to the present modern age, the wearing of wedding rings on the hands of both spouses has become more common, whereby it is worn in the classical manner on the ring finger of the left hand. The background is the direct connection of a vein from the heart directly into the ring finger, the so-called vein amoris (translated from Latin as "vein of love").

Tags: Eheringe, Trauringe
Write a comment
This website uses cookies, which are necessary for the technical operation of the website and are always set. Other cookies, which increase the usability of this website, serve for direct advertising or simplify interaction with other websites and social networks, will only be used with your consent. More information
Decline Accept all Configure